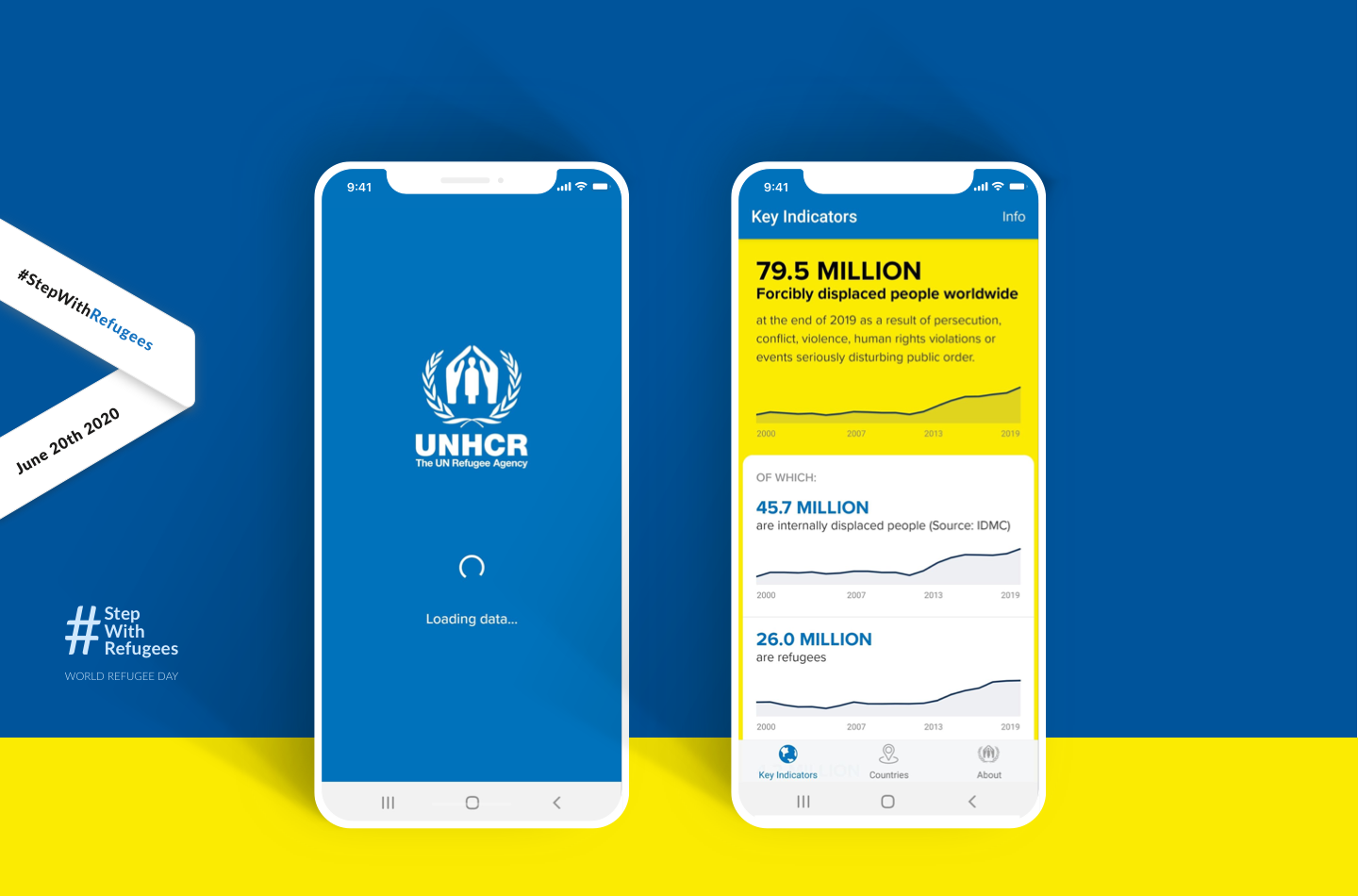 Refugee Statistics application is OUT

Refugee Statistics application contains information about the displaced population including refugees, internally displaced people, and asylum seekers. The database contains information spanning across almost 70 years of statistic data. If you download the mobile version (Google Play / App store) of the app or visit the web, you’ll be able to find data about children refugees, countries hosts, developing countries hosts, resettled and returned refugees, and much more.

This app is based on several data sources: 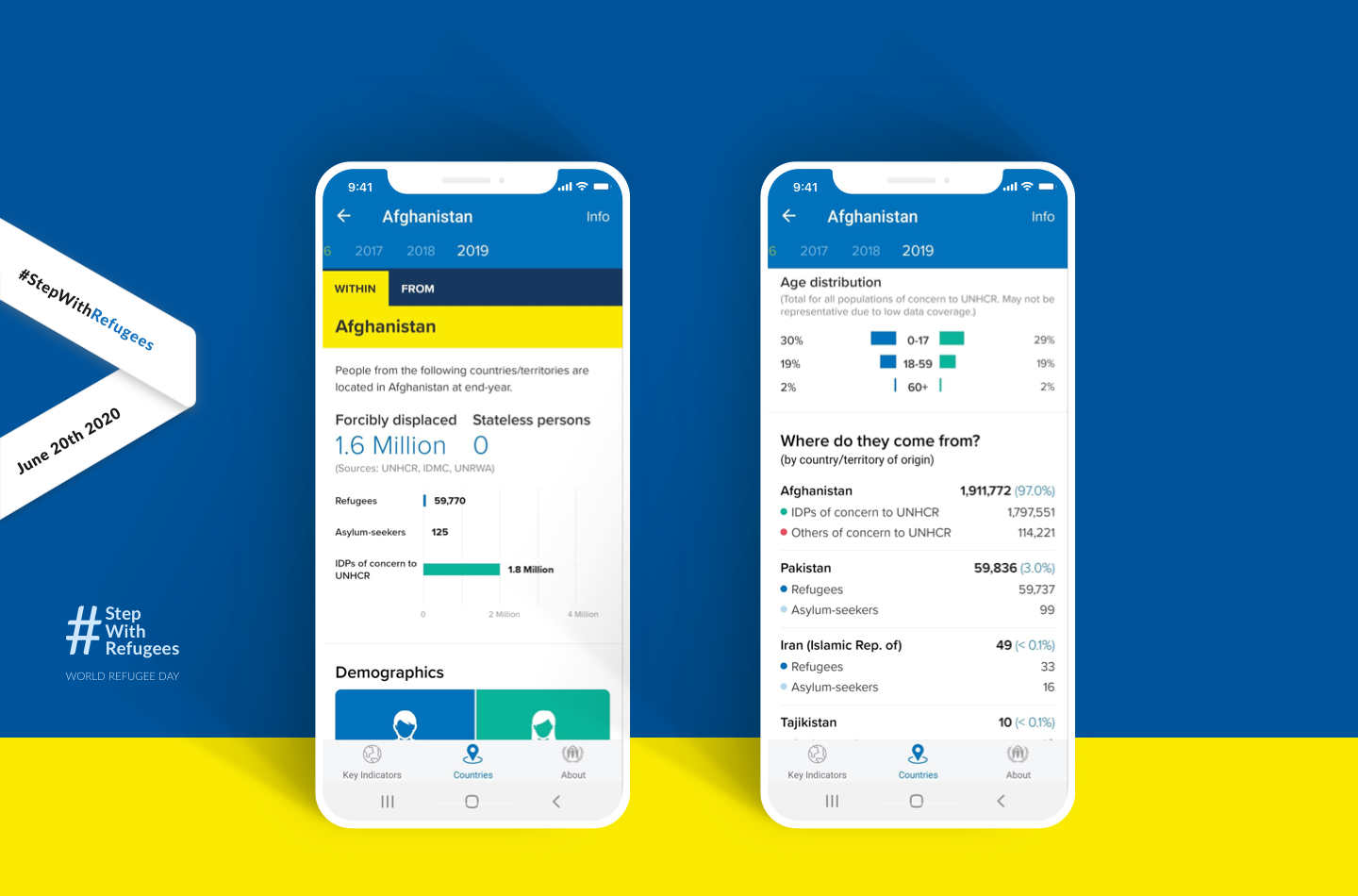 App also mediates on possible solutions for a displaced population like resettlement or return. Resettlement refers to the transfer of refugees from an asylum country to another country that has agreed to give them a lasting settlement. 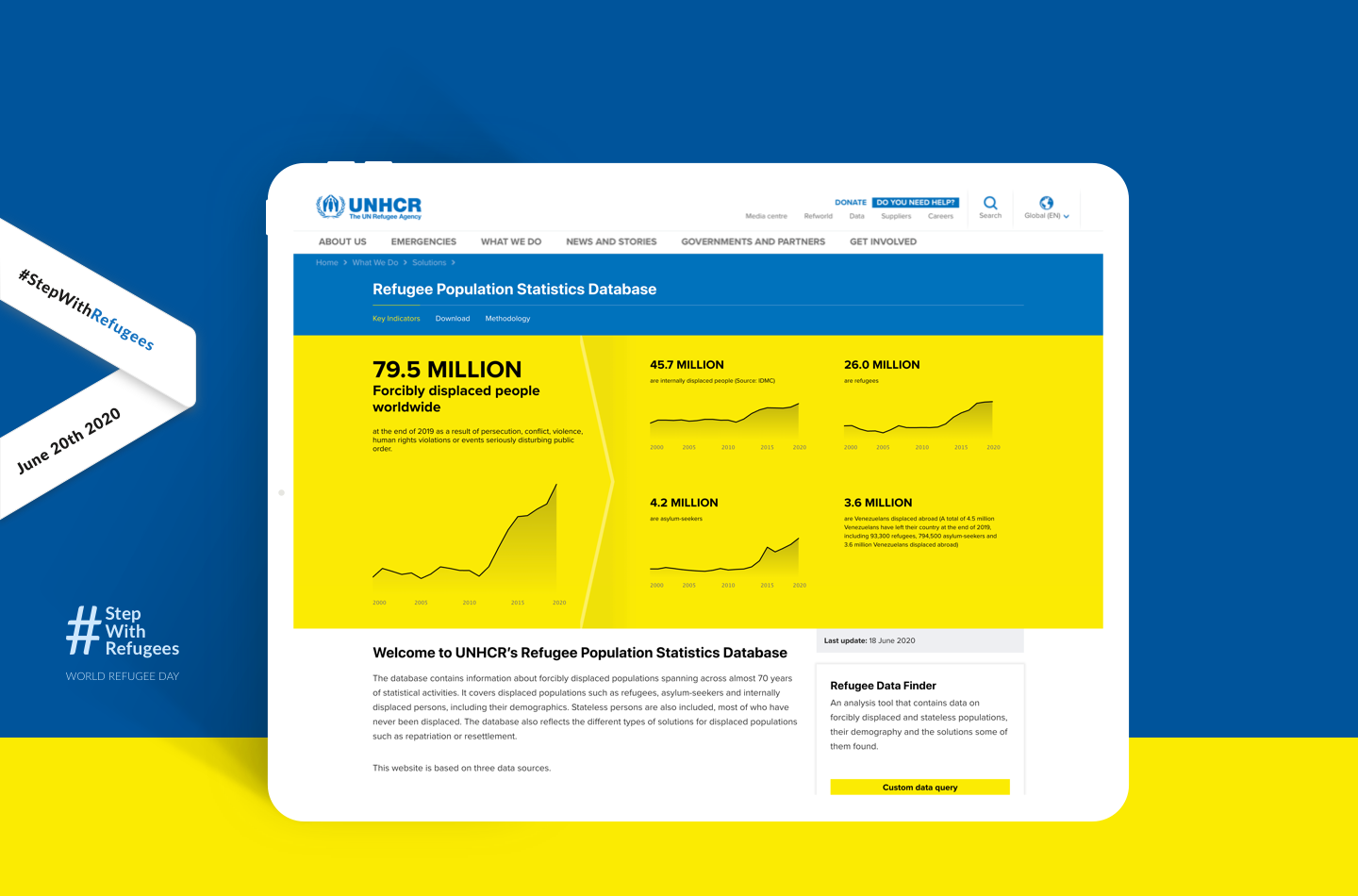 Population Statistics Report – is one of a series of projects done in partnership with UNHCR. It is a web application that showcases current global refugee demographics. After fetching reports from UNHCR staff members, the demographic information for each country is depicted in a clear and easily accessible manner. Based on the input data, the system forms structured information on refugee demographics for a specific country. 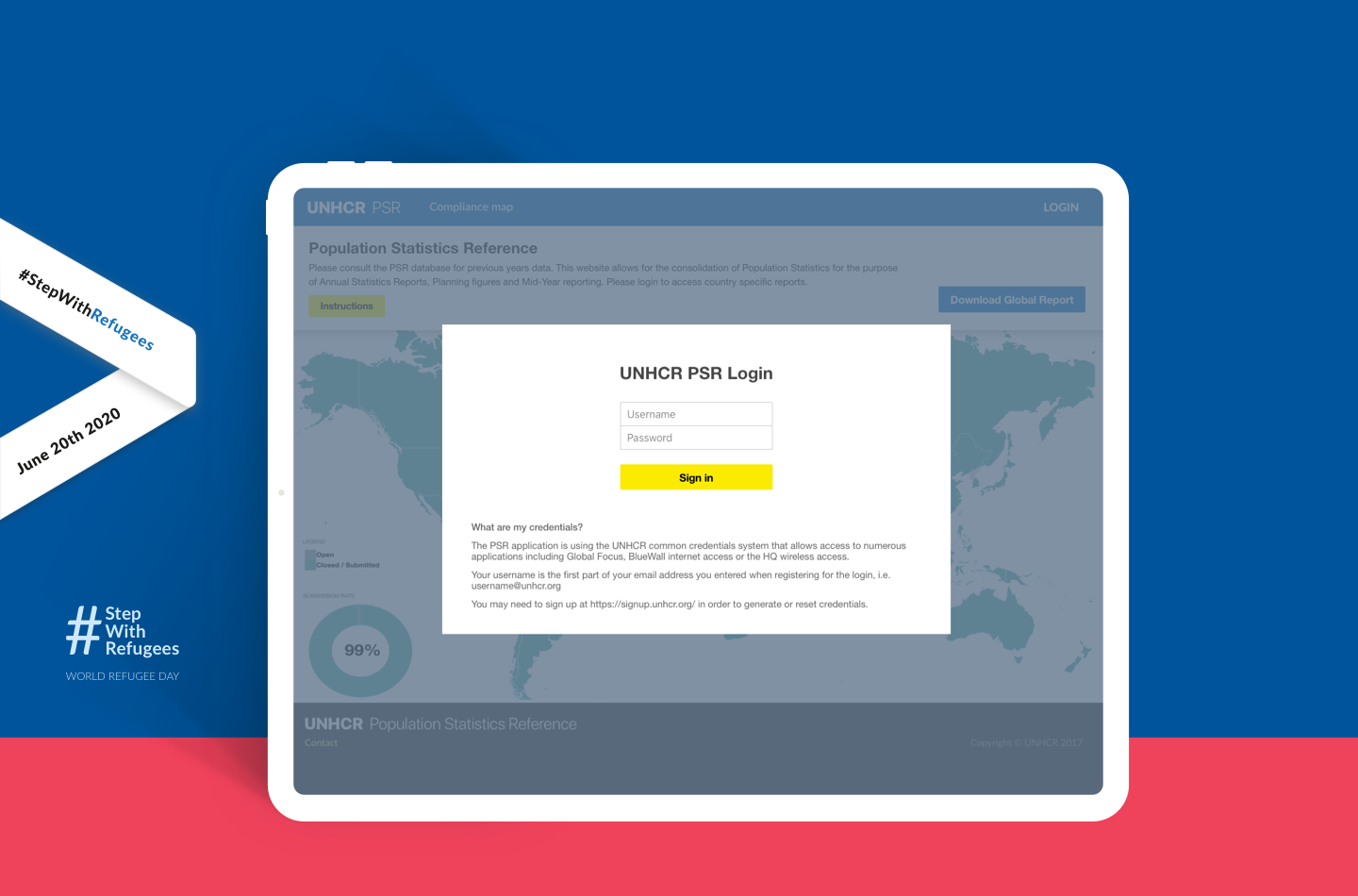 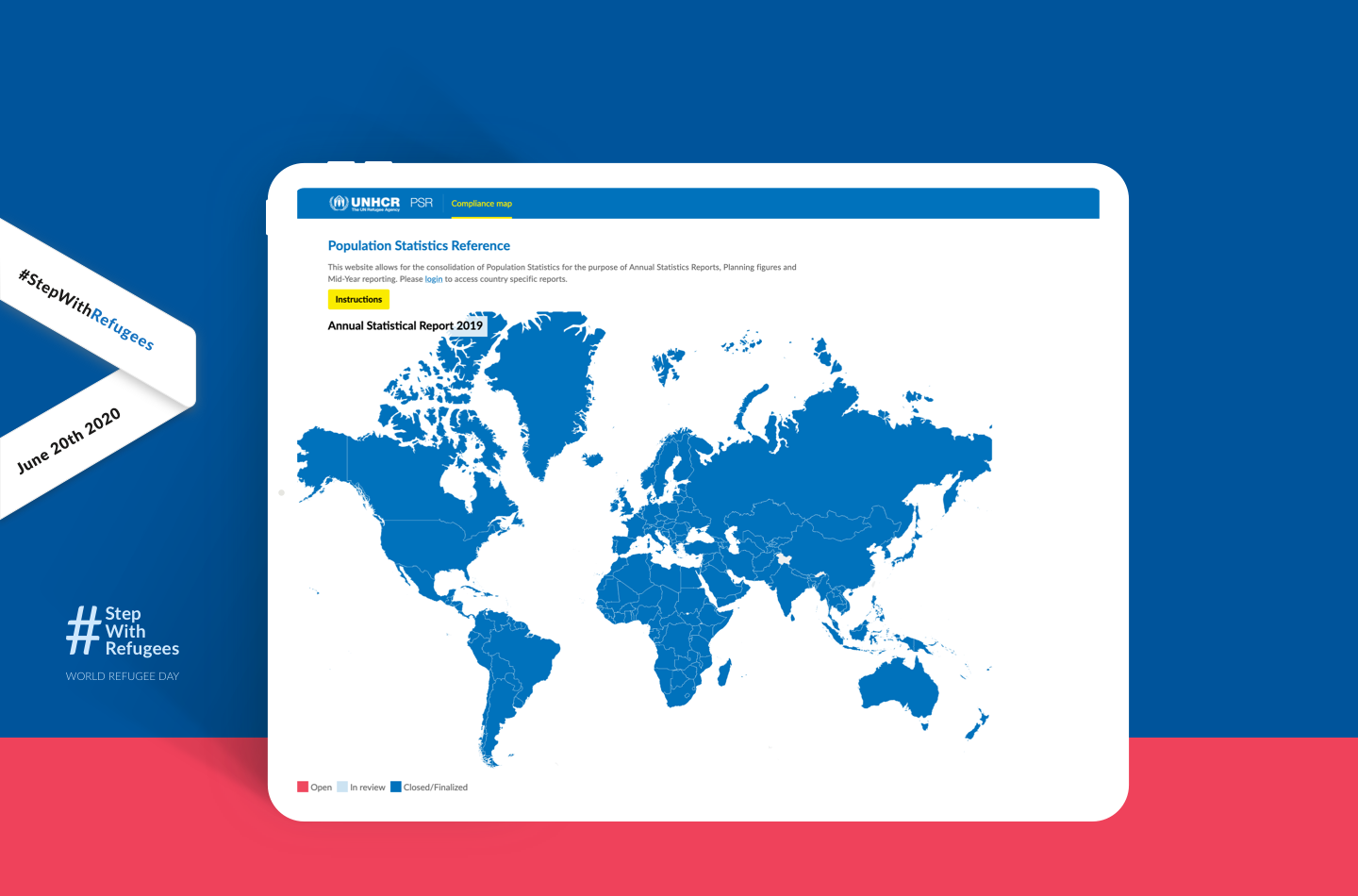 Due to the sensitive nature of the information collected, the system contains granular role-based access permissions. It was important to do this in a way that allows stakeholders to use the functionality of the app without feeling unnecessary restrictions and refusals to certain parts of the system. The only element of the application that is fully available to the public is the world map which showcases the countries that have submitted their monthly report. 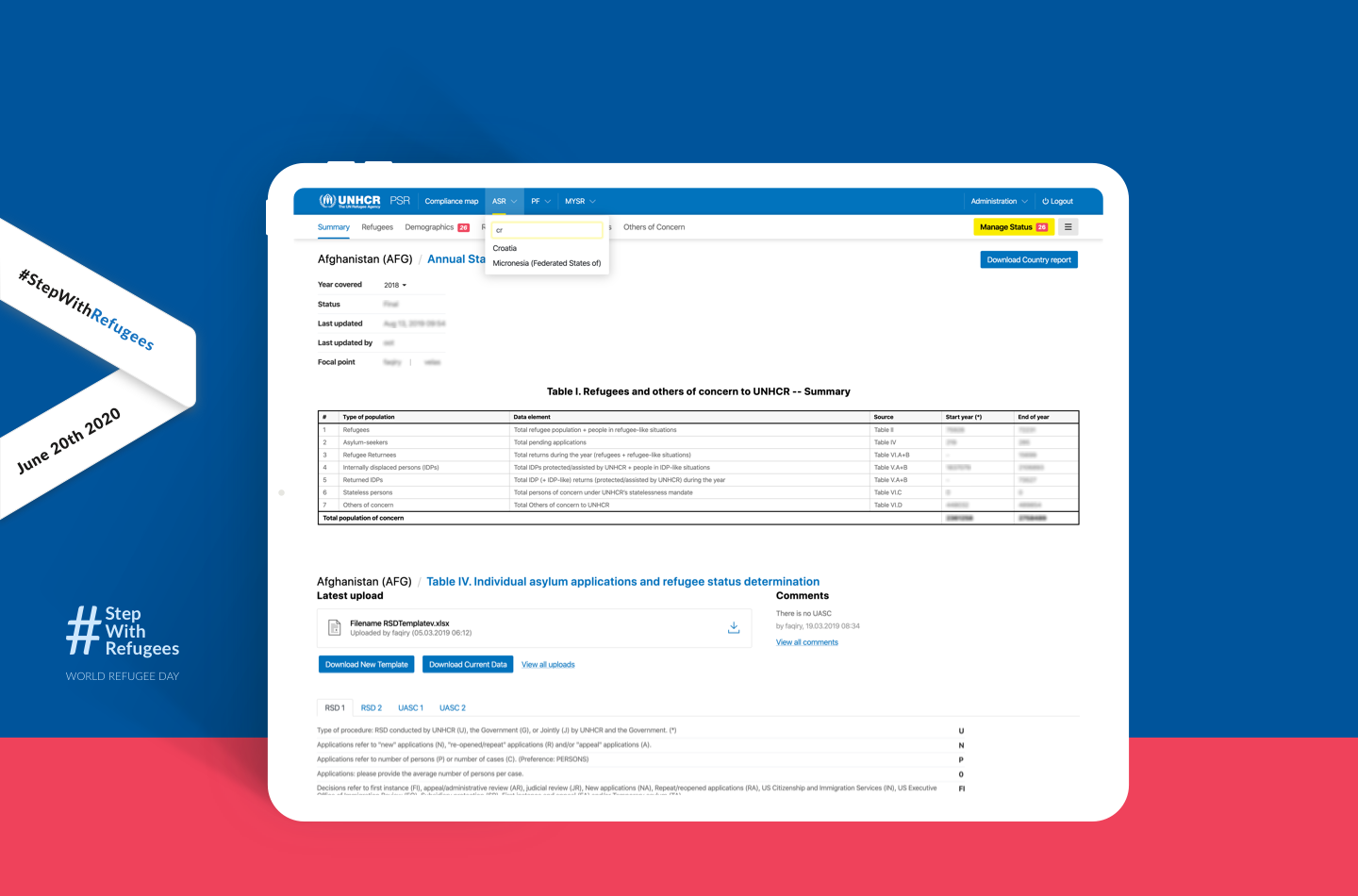 We are extremely proud to say that data sheets formed in the PSR system are probably the most precise data on demographic structure and refugee location at the moment. 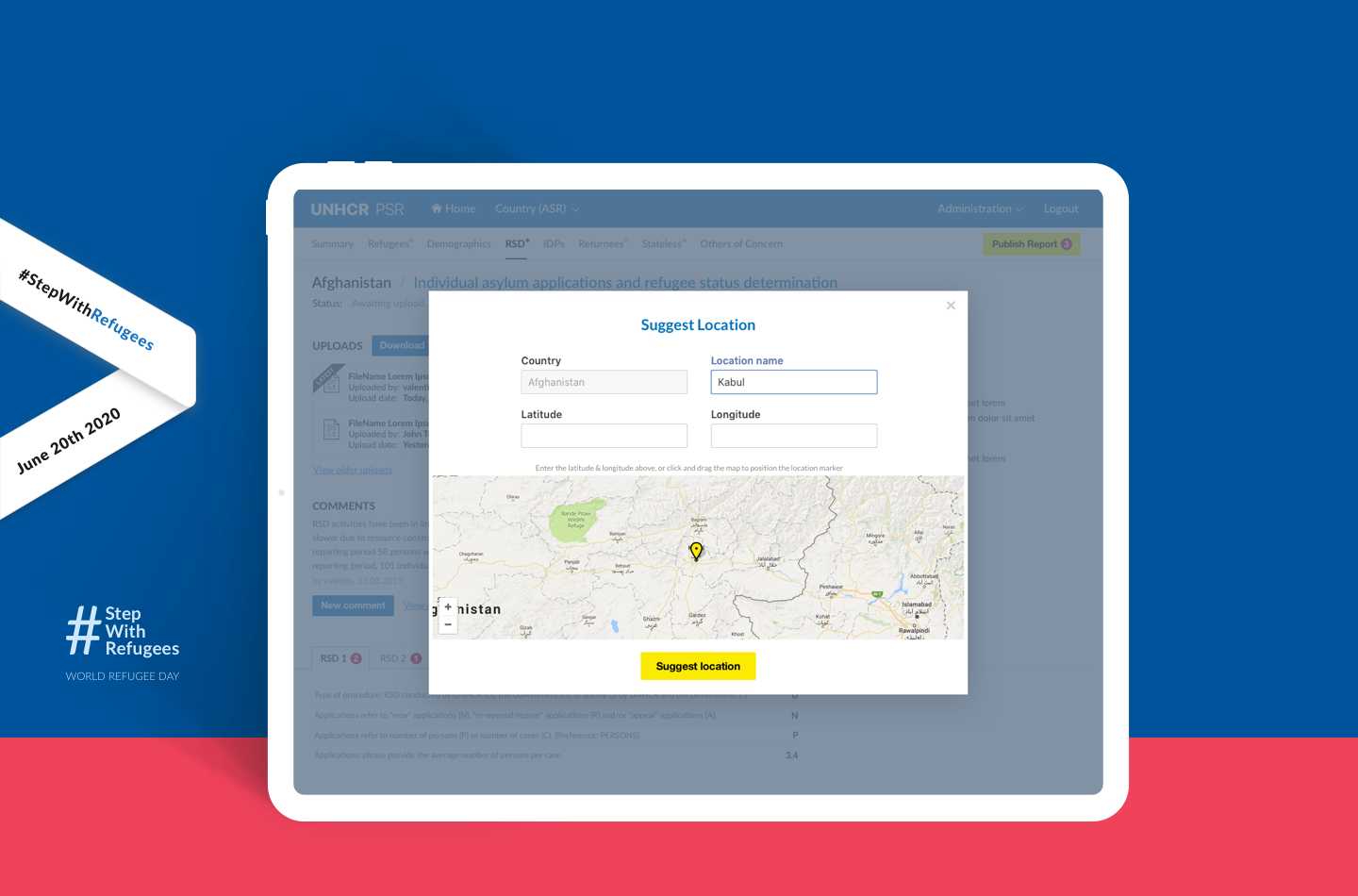 Every year, thousands of families are forced to make extraordinary efforts on dangerous journeys in order to survive due to rising violence in their countries. In order to honor their journey, on June 20th the world comes together and celebrates World Refugee Day. On that day the whole globe is focused on ways to improve the lives of millions of refugees.

We are witnessing the highest levels of displacement on record. Unprecedented  79.5 million people around the world are forcibly displaced from their homes. That is the highest level of displacement since WWII. According to data, every 20 minutes people leave their homes in order to escape war, terror, or persecution. There are also millions of stateless people who have been denied a nationality and access to education, employment, healthcare, and freedom of movement.

“We are witnessing the highest levels of displacement on record. Unprecedented  79.5 million people around the world are forcibly displaced from their homes. “

UN agency that helps refugees is UNHCR or as it is also called the UN Refugee Agency. It was founded during WWII to help all the Europeans displaced because of the war. Since then, they have faced various crises on several continents and provided help and assistance to refugees, asylum seekers, stateless, and internally displaced persons.

Who is a refugee?

According to the United Nations 1951 Refugee Convention, a refugee is someone who had to flee their home and country because of “well-founded fear of persecution because of his/her race, religion, nationality, membership in a particular social group, or political opinion”.  In other words, refugees are people who had to leave their homes due to human-made or natural catastrophes. They are among the most vulnerable people in the world so we are obligated to find ways to help and protect them. 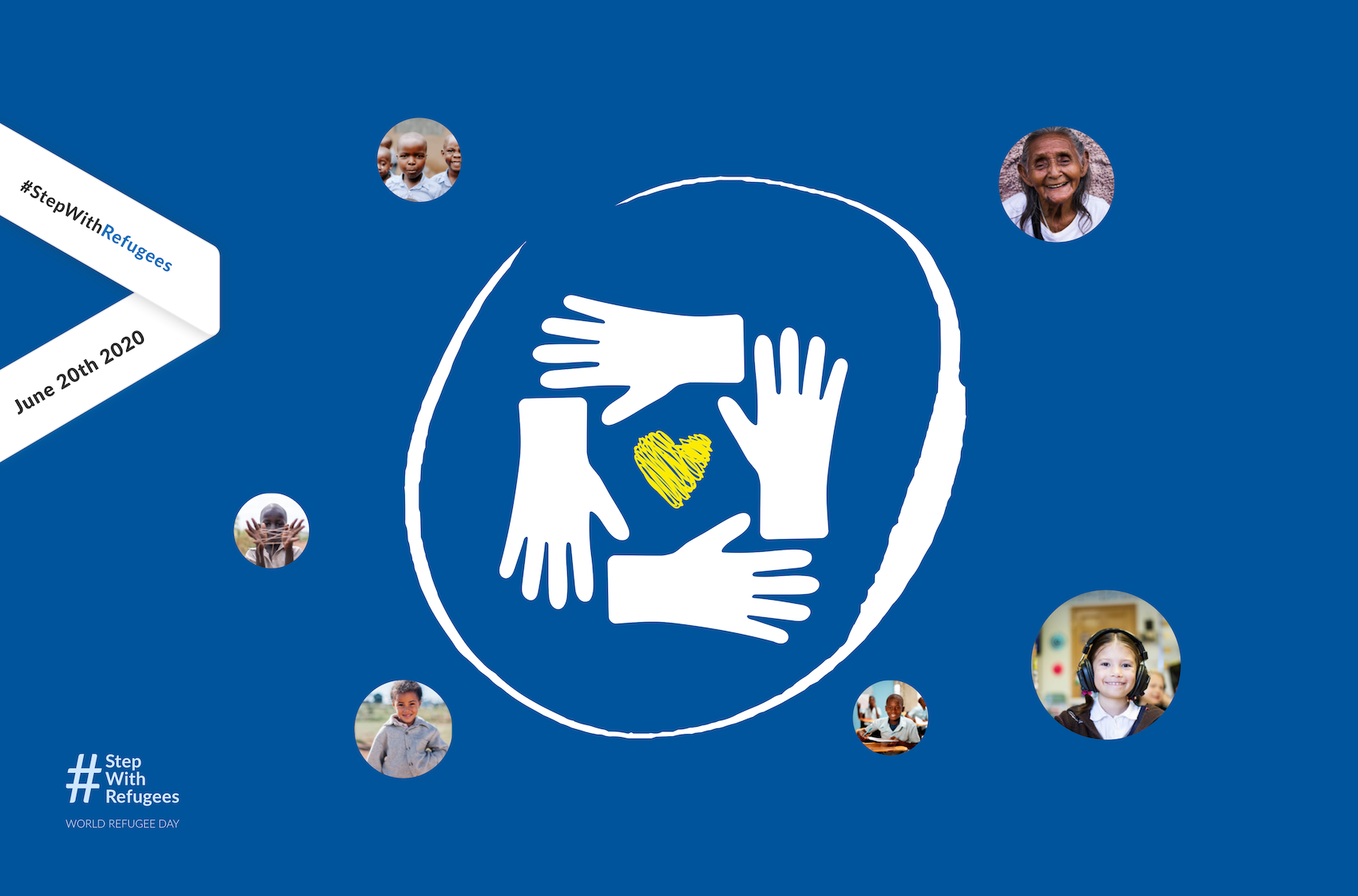 World Refugee Day 2020 –  in the middle of dramatic social change

On December 4th, 2000, the United Nations General Assembly decided that from 2000, June 20th would be celebrated as the World Refugee Day. This way, Assembly marked the 50th anniversary of the 1951 Convention relating the Status of Refugees. This day is dedicated to raising global awareness of the refugee’s situation throughout the world. This year’s theme is “Every action counts“. In other words, it doesn’t matter who you are or where are you coming from, you can make the difference because every action counts. 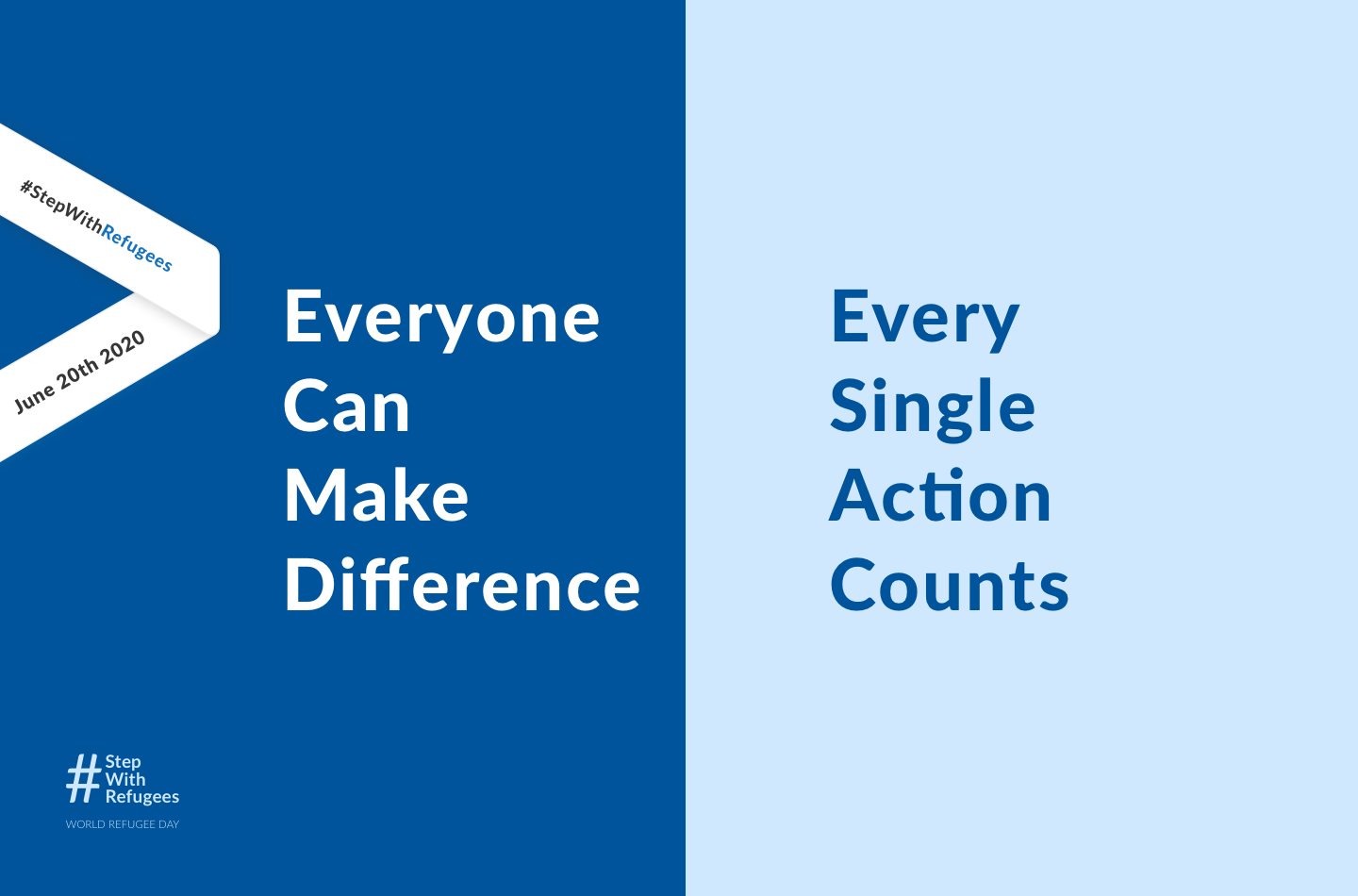 What can you do for refugees?

By undertaking even the smallest acts, you can show that you stand in solitude with all the families. You can honor refugees’  bravery and determination to keep their families safe. If you are wondering what can YOU do for refugees, here are a few of our suggestions:

The United Nations plans to host a live digital event on World Refugee Day. The main topic will be the refugee crisis and ways how to make a difference. Be a part of these events and educate yourself on the topic of refugees.

2. Help a refugee in your community

Consider getting to know the refugees in your area, invite them to dinner, or help them with finding a job. These kinds of simple acts sometimes can make an important impact in someone’s life.

3. Make a difference through your job

No matter what your job is or what does your company does, there’s a good chance that your professional skills can be of help to others. United Nations have set a goal that one day all the refugees would have an opportunity for education, a safe place to live, and an equal chance at getting work. You probably have some skills that can be of help in working towards achieving these shared goals. 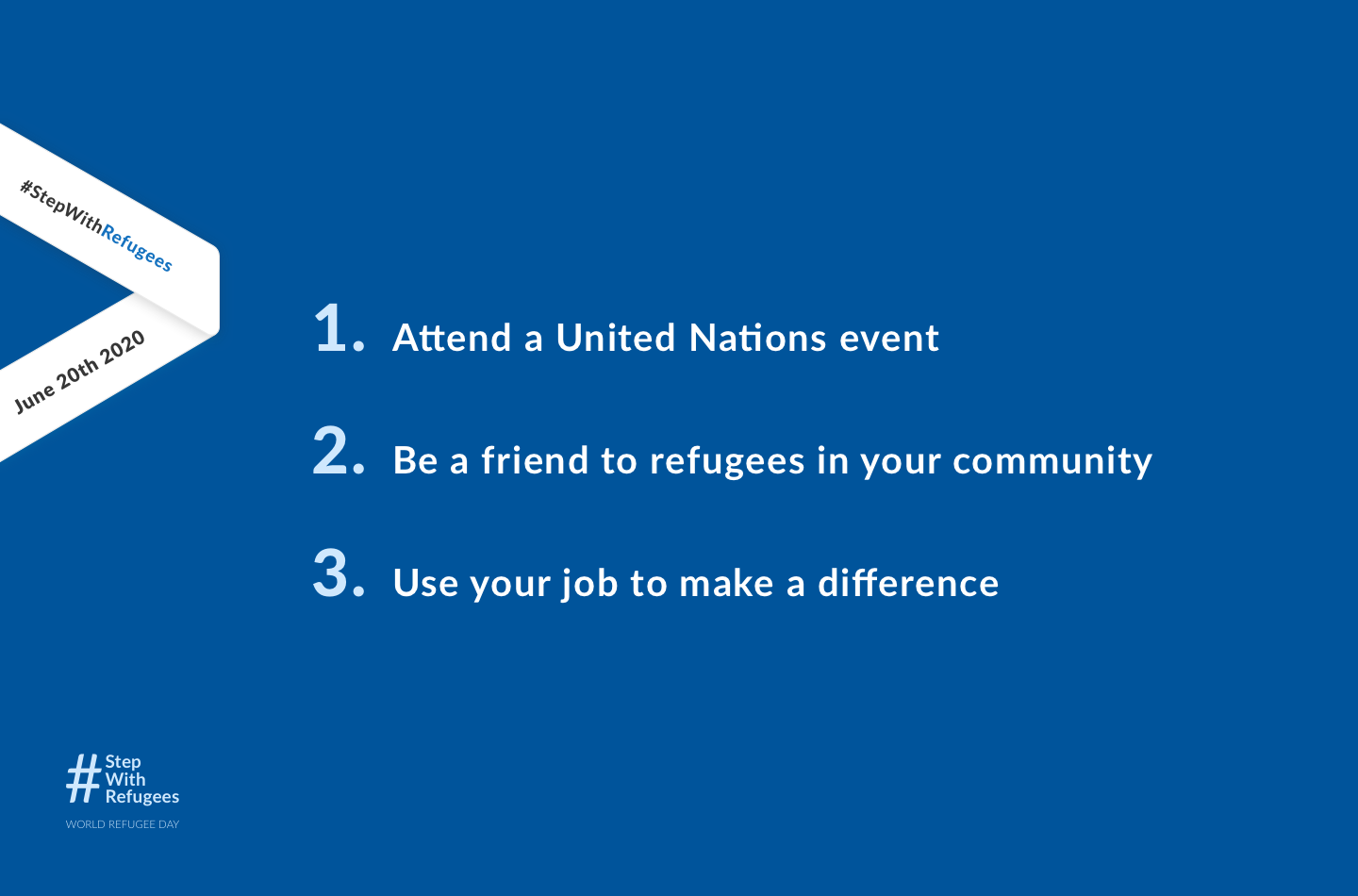 Recent happenings have shown us that we need to fight more for an inclusive world where no human being is left behind.

We are aware that the immensity of the world refugee crisis is hard to grasp, but the continuous raising of awareness can help make it easier for others to understand the extent of refugees’ struggle around the world.

Although working towards the goal of greater peace is not an easy task and it is definitely not going to happen overnight, it is an important goal, and the World Refugee Day is here to remind us of just how indispensable it is.

We believe that everyone can make a difference and that every action counts!

Looking for a strong development and design team?

If you are looking for a strong development and design team or you have some questions for us, give our team a shout! Or browse through our services.

We offer more than a good first impression. Our team is a long-term partner in the ongoing growth and success of your digital product.